We came here for a day trip starting off from downtown Yogjakarta at 7.00am. The journey to Dieng Plateau is about 120km but the roads through the countryside are small, narrow, quite busy and had a stretch of damaged road with lots of potholes.

The ride took about 3 hours and if you do not really like old temples, this site may not be worth your time.

Our first stop was at the Arjuna Temple Complex, then we were off to the Sikidang Crater & our final stop was at Telaga Warna 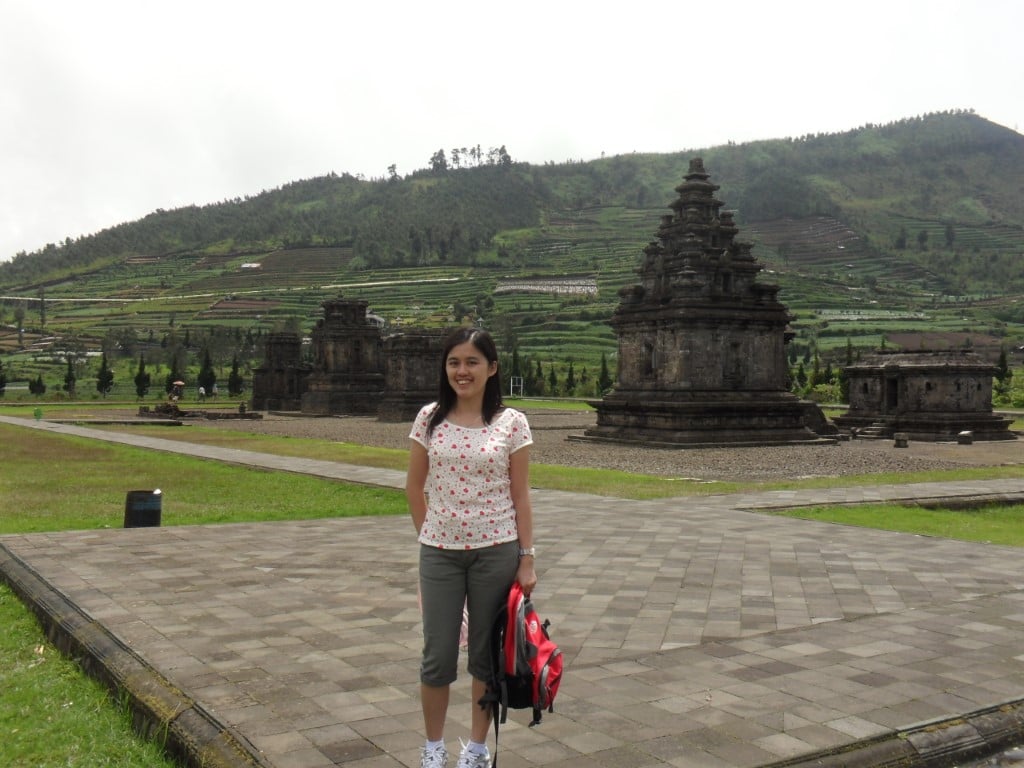 Its so green and the breeze is so cold surrounded by beautiful scenery. 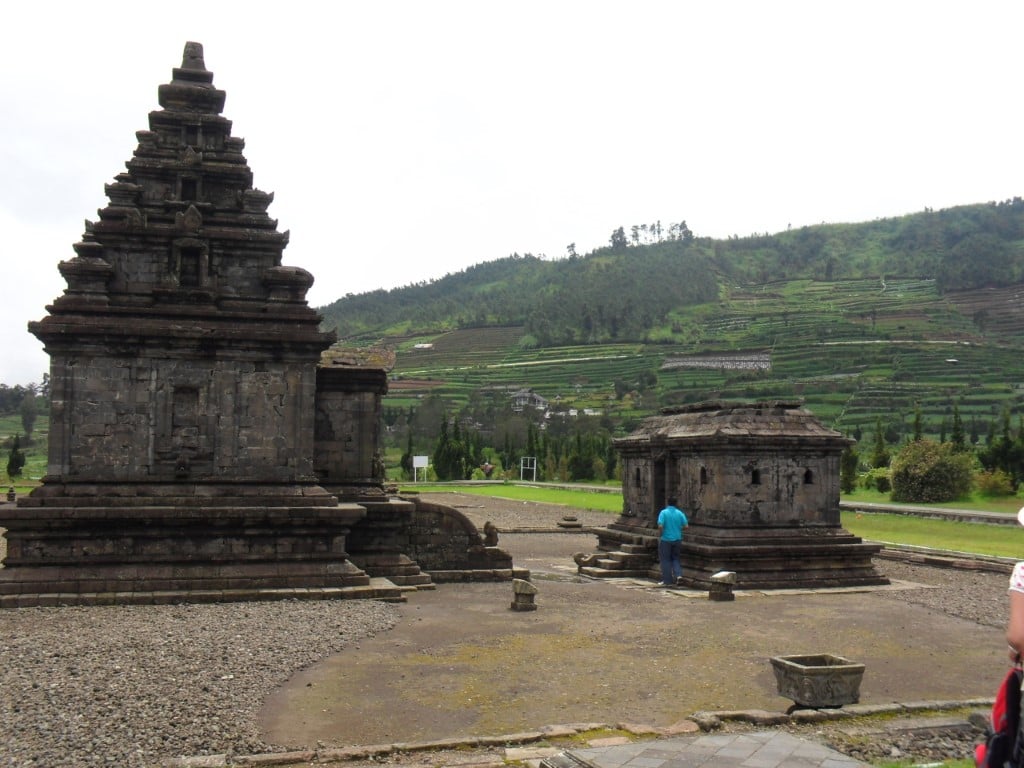 Those temples are Hindu temples to worship Siva built in the end of 8th century to 9th century period, and estimated as the oldest Hindu temple in Java

The complex comprises five temples with four of the temples in a row and the fifth temple facing the first. The temples are all named after characters from the Hindu epic Mahabharata and are dedicated to the Hindu God Shiva. They are over a thousand years old and are among the oldest temples in Indonesia. 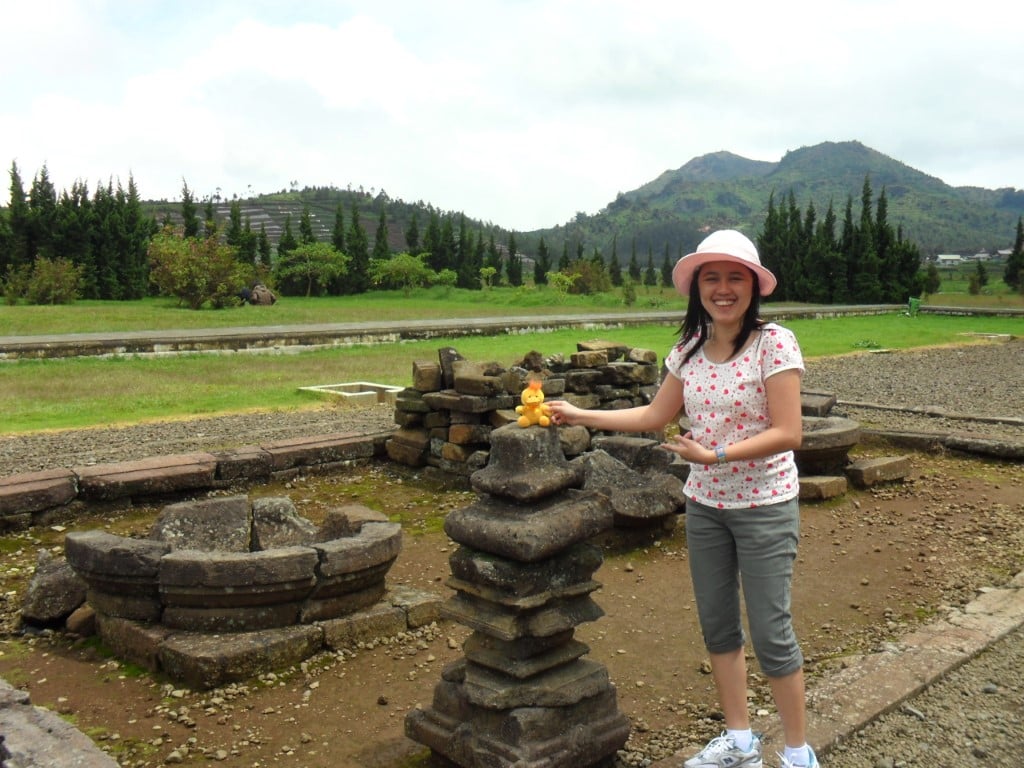 There is a tree lined path leading to the temple. Along the path are other buildings of the complex including a fully restored rest-house. The complex is set amidst beautiful gardens with the beautiful green mountains as its backdrop. 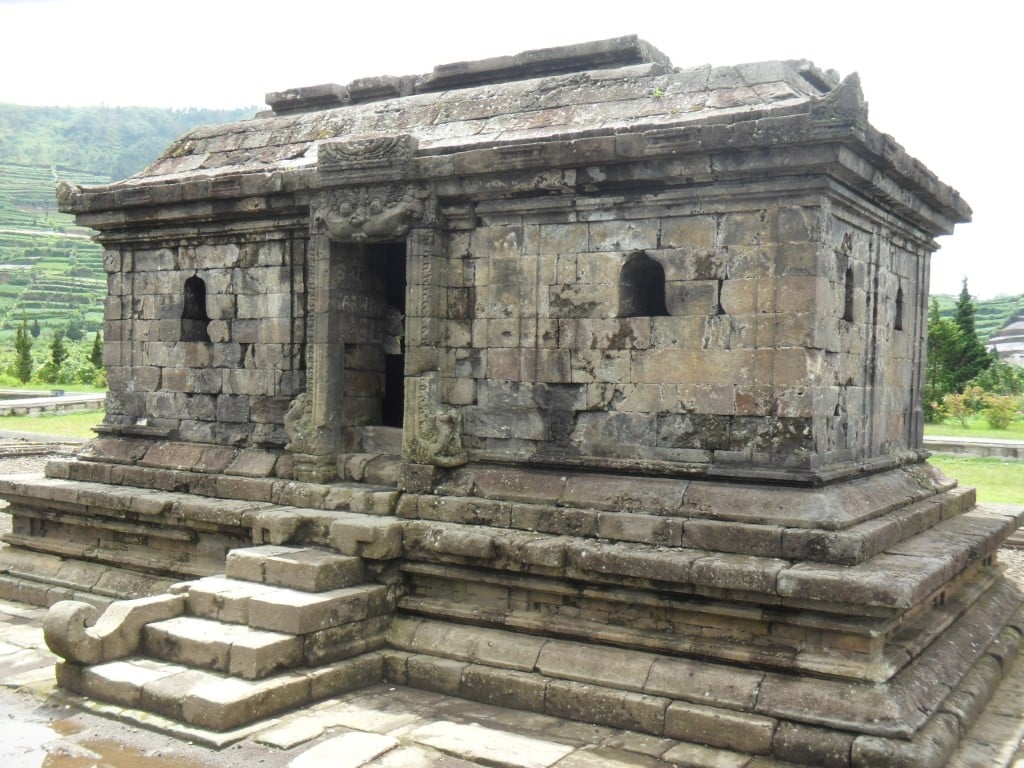 It’s a small temple complex but it has a beautiful environment and we enjoyed the walk between the different temple areas. So whether you love ancient art and architecture or are just looking for a relaxing day away from the hustle and bustle of the major cities, this complex is a must see. 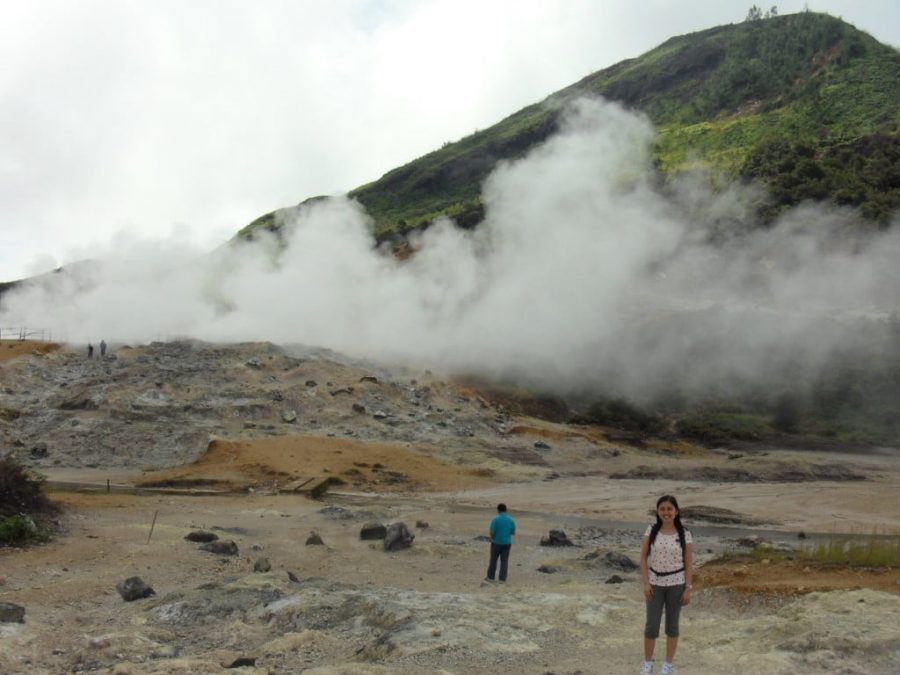 This was our first  time experience being up close to an active crater and the sulphur smell was overwhelming even before we reached the crater itself. 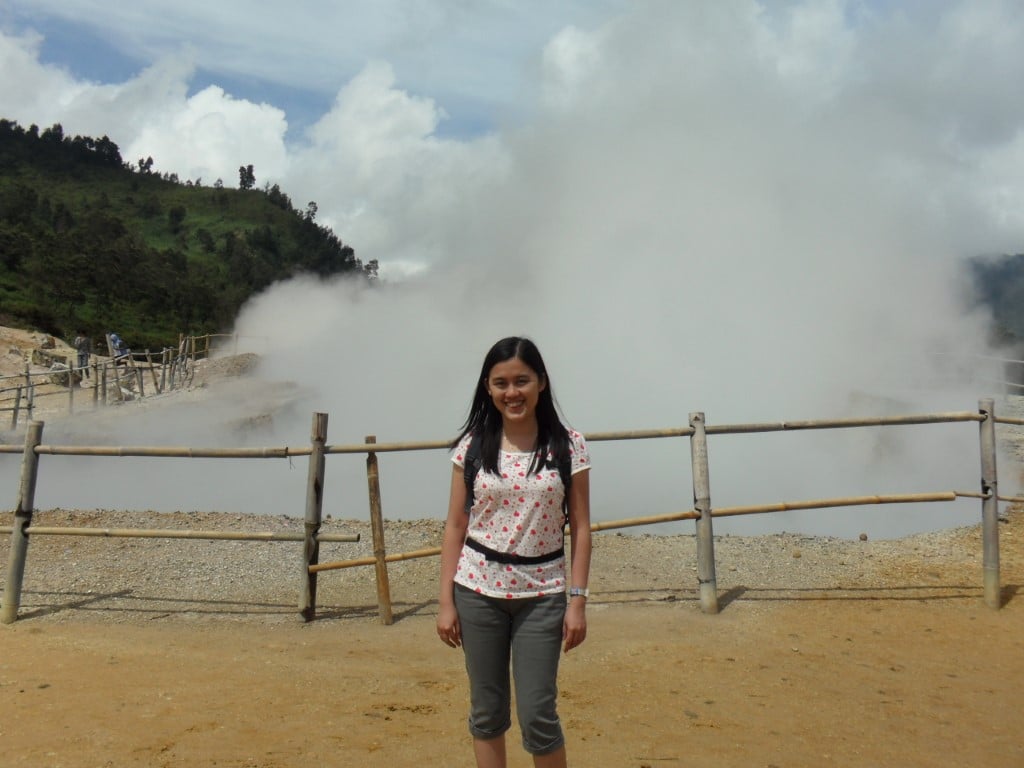 The crater itself is a giant boiling lake of sulfurous water. The white thick smoke from the sulfurous water has a pretty strong sulphuric smell and you can see yellow sulfur deposits in the rocks around the crater.

We wouldn’t recommend hanging around for more than 20 mins as the white thick smoke could probably give you a bit of a cough. The smoke is easy to avoid by standing where the wind is blowing from. There is also a gas detector at the entrance to warn people if the levels rise. 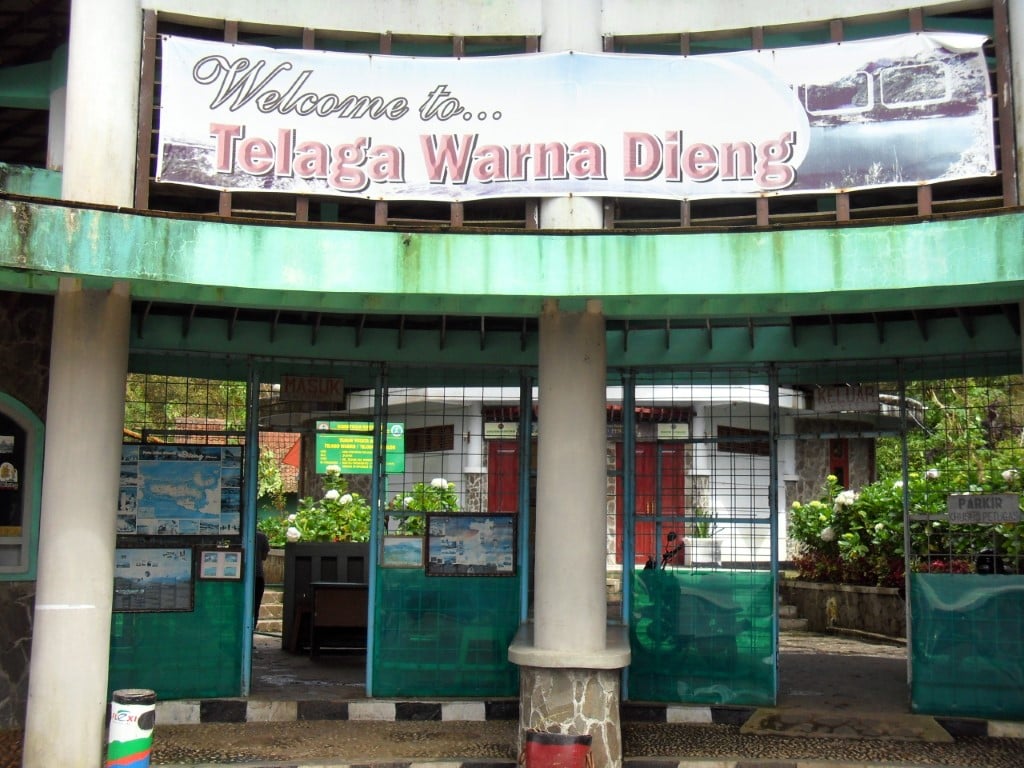 The view of the lake and its surroundings was pretty extras breeze of pure air without pollution. It is very nice place to get away from the busy traffic. There are many spot where you can sit and just enjoy the sound of nature. 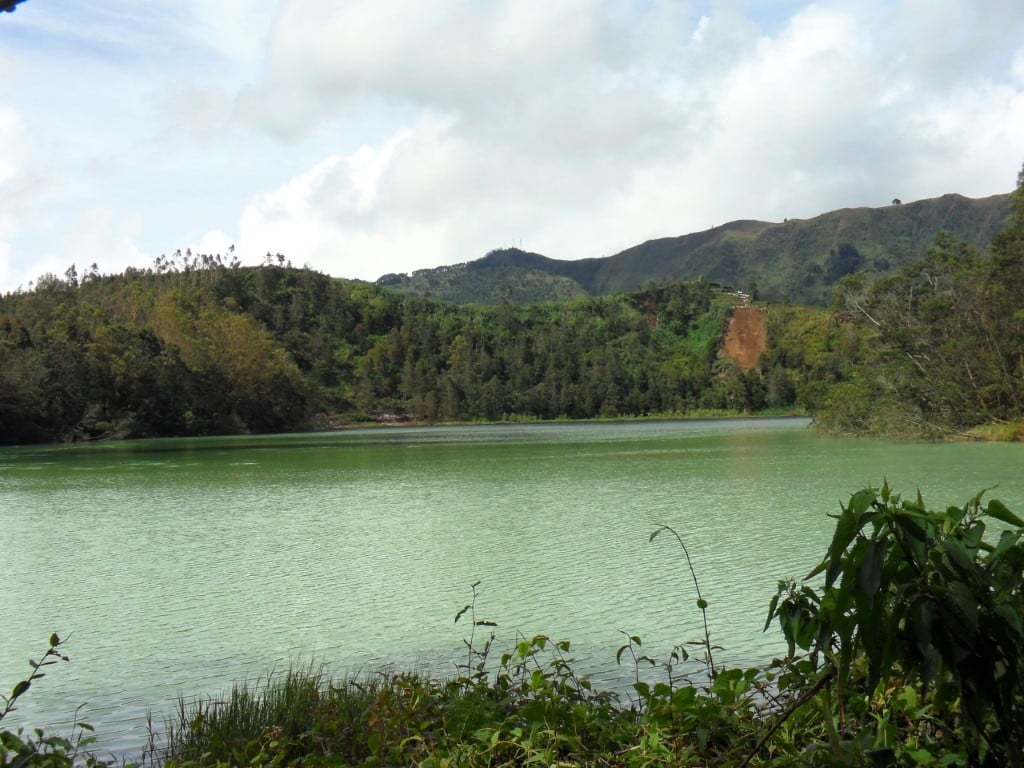 Telaga Warna has a short picturesque walking circuit which is refreshing after the long drive from Yogyakarta. The path snakes around Telaga Warna with varied landscapes from paved path, trails, green hills, rocky moss-covered caves & statues.

This place is certainly worth seeing if you are in this part of Java, but it is the whole ‘cultural landscape’, including both ancient temples and natural attractions which is the drawcard.

Journey from Jogyakarta to Dieng Plateau,Wonosobo 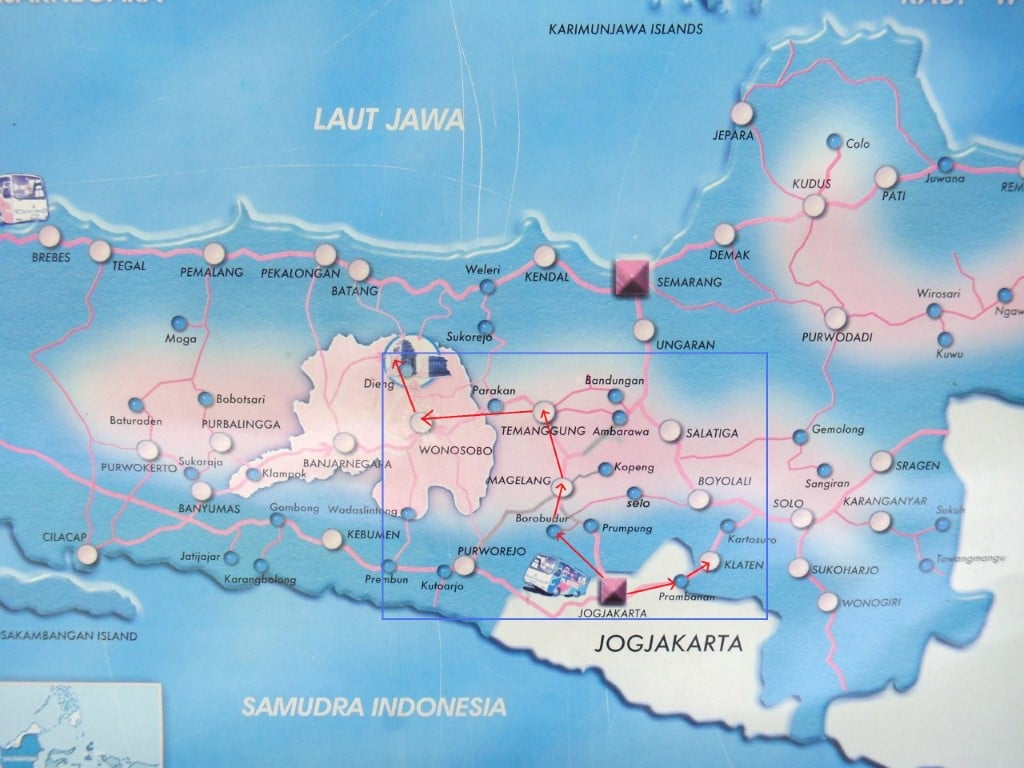